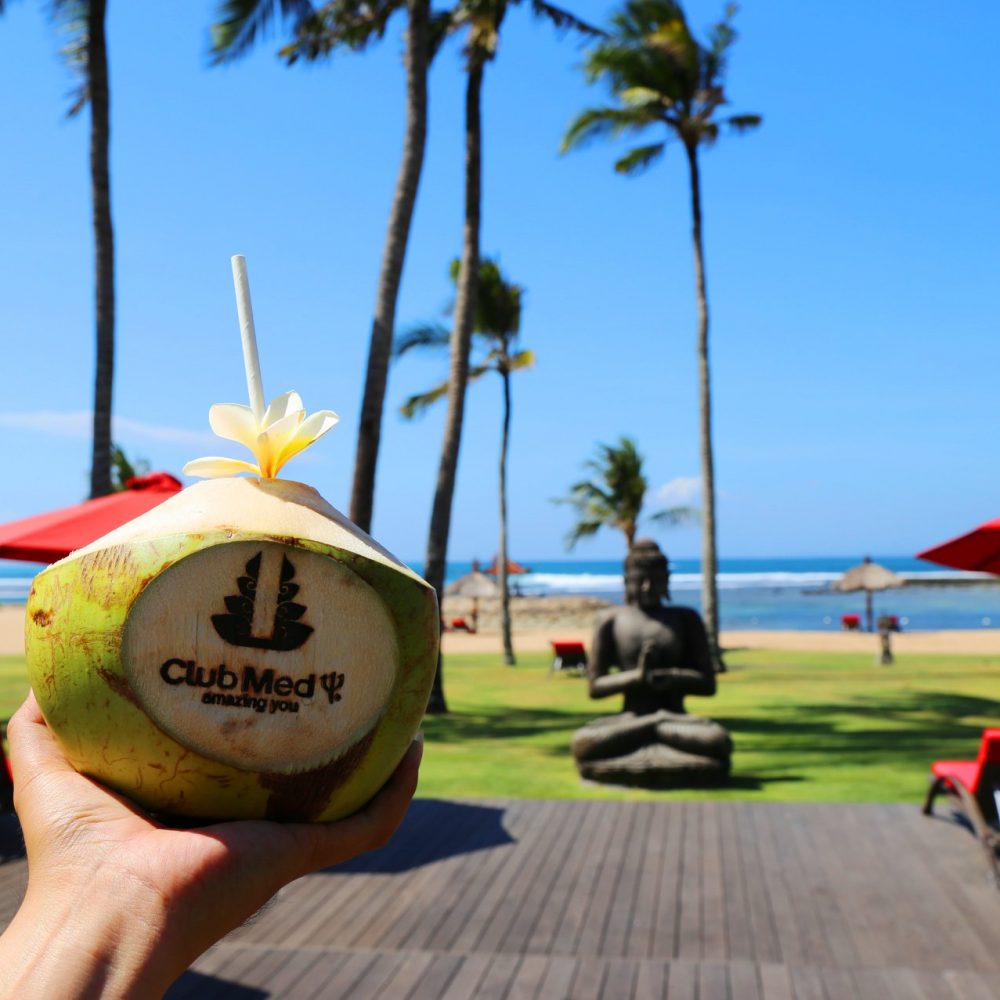 The Grinning Face
Back in the old days this tropical fruit was known as cocoanut, a term derived from 16th century Portuguese and Spanish cocos, meaning, “grinning face” – because of the three small holes on its coconut shell.

Approximately one third of the world’s population depends on the humble coconut with one billion coconut palms blowing throughout the tropics, which in turn produce over 50 billion coconuts per annum – mostly for consumption as detailed below – but also dried as copra – a valued trade commodity used in the production of soap and also for lighting in the 19th century.

Here’s a look at the how and why of the life of a coconut – which refers to the entire coconut palm, the seed, or the fruit – but is not a botanical nut.

1. Coconut water – this is the clear to lightly cloudy sweet nectar of a young coconut. Do not waste your time or money with the commercial processed junk food on the market. DIY with a cleaver or a screwdriver and a hammer. The water is highly refreshing and rehydrating and maybe processed to make alcohol

2. Coconut meat – this is the meat (endosperm) or flesh of the young coconut that is softer and more gelatinous than that in a mature coconut and you can scrape out with a spoon to eat straight away or process with water and a probiotic to make coconut yoghurt – see recipe

3. Coconut milk – is made from the flesh of fresh coconuts with coconut water, then straining it to remove some of the fat. According to my dear friend Bali Janet of the famed Casa Luna Restaurant and Cooking School, is far superior to the supermarket variety, which of course can be used if you have no time to make the real thing. The Balinese only use coconut milk and never the ‘cream’

4. Coconut cream – has a thicker consistency, more like a paste and is made with a higher ratio of coconut to water. It is typically used to thicken and flavour Thai red and green curries.
You will notice the cream when you open a can of coconut milk as it separates leaving a thick yoghurt-like substance on top – cream – and a thinner liquid remaining below – milk. Obviously, the coconut cream has more fat and this is why some rich Thai recipes call for it as it helps to release the fats in order to fry off the aromatic curry pastes so they provide a richer more luxurious flavour

5. Shredded or desiccated coconut – not to be confused with desecrated as I read in one recipe recently! This is made from shredded dried coconut. Desiccated means to remove the moisture from it thus preserving it.

6. Coconut oil – extracted from the kernel or meat of matured coconuts harvested from the coconut palm. Ensure you buy certified organic coconut oil as conventional products may have added solvents such as hexane, which is used to extract cooking oils from seeds.

Prior to World War II Asian military occupation of the Philippines and other South Pacific islands resulted on the once-plentiful supply of coconut oil was effectively cut off from the United States. As the post-war industrial revolution kicked in, manufacturers began to develop alternative sources of cooking oils – hence the “You ought to be congratulated” phase of mono and polyunsaturated fat boom gave rise to a very profitable promotion of vegetable oils.

To quote Dr. Mercola, a leading – albeit outspoken – expert on all things healthy “By the end of the 1950’s, public opinion had turned totally against saturated fats like butter (and coconut oil). Saturated fats were blamed for raising cholesterol, and cholesterol was now viewed as the evil enemy, the culprit responsible for the steep rise in heart disease.”

We said bye-bye to butter, eggs and coconut oil and hello to allegedly heart-healthy vegetable fats and the dreaded and deadly processed soybean boom, determined to see the sinking of tropical oils harvested in poorer countries that may not have been able to defend their livelihood.

In addition, these medium chain fatty acids a.k.a. Medium Chain Triglycerides (MCTs) stimulate thermogenesis – the process where your body produces heat by increased burning of fat – this is a good thing for people who are trying to lose body fat.

According to the American Journal of Clinical Nutrition, (Vol. 87, No. 3, 621-626, March 2008), ”Clinical studies have shown that consumption of MCTs leads to greater energy expenditure than does consumption of long-chain triacylglycerols. Such studies suggest that MCT consumption may be useful for weight management.”

The list of healing attributes the humble coconut contains are well documented and you can visit many a forum on the Internet to further your awareness. In the meantime, here are a couple of very tasty recipes for you to try – my Coconut Cacao Crunch is so quick and easy to prepare, just remember it takes a few hours to chill and should be refrigerated and eaten while it’s still very solid.

I rarely eat dairy and am forever devising concoctions that are dairy free for people who are dreaming of that cheesy feeling. So there’s no cow or sheep’s milk yoghurt for breakfast, which meant that necessity and consumer demand led to my first trial batch of coconut yoghurt. Here’s how I made it…

Be sure to watch episodes of Healthtalks TV when we dish up an awesome Green Smoothie made with coconut water and flesh. It’s the real deal! 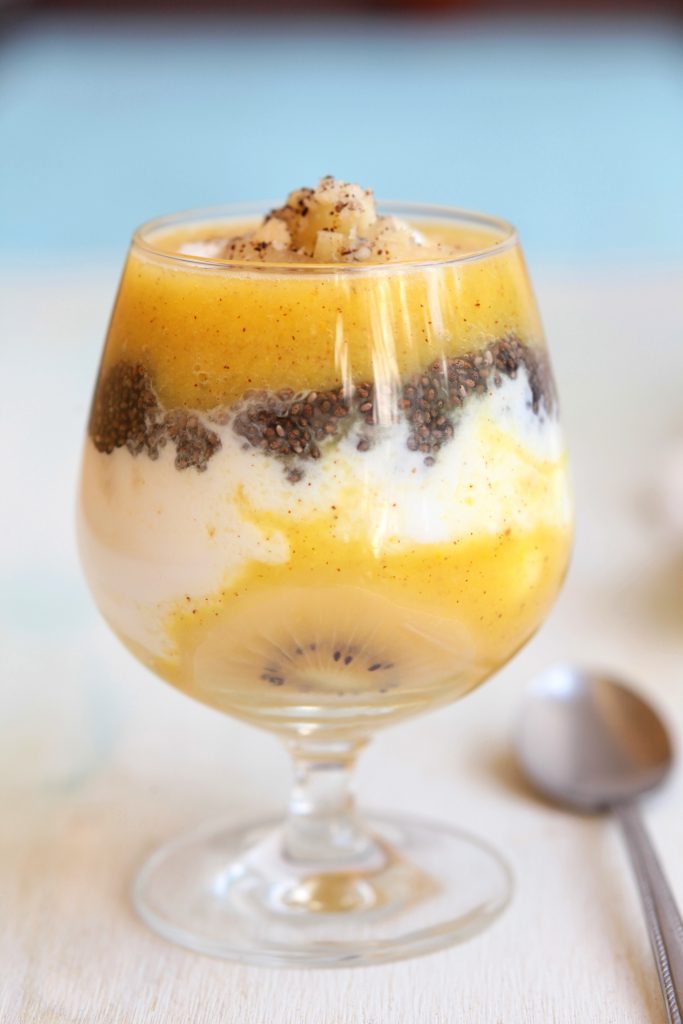