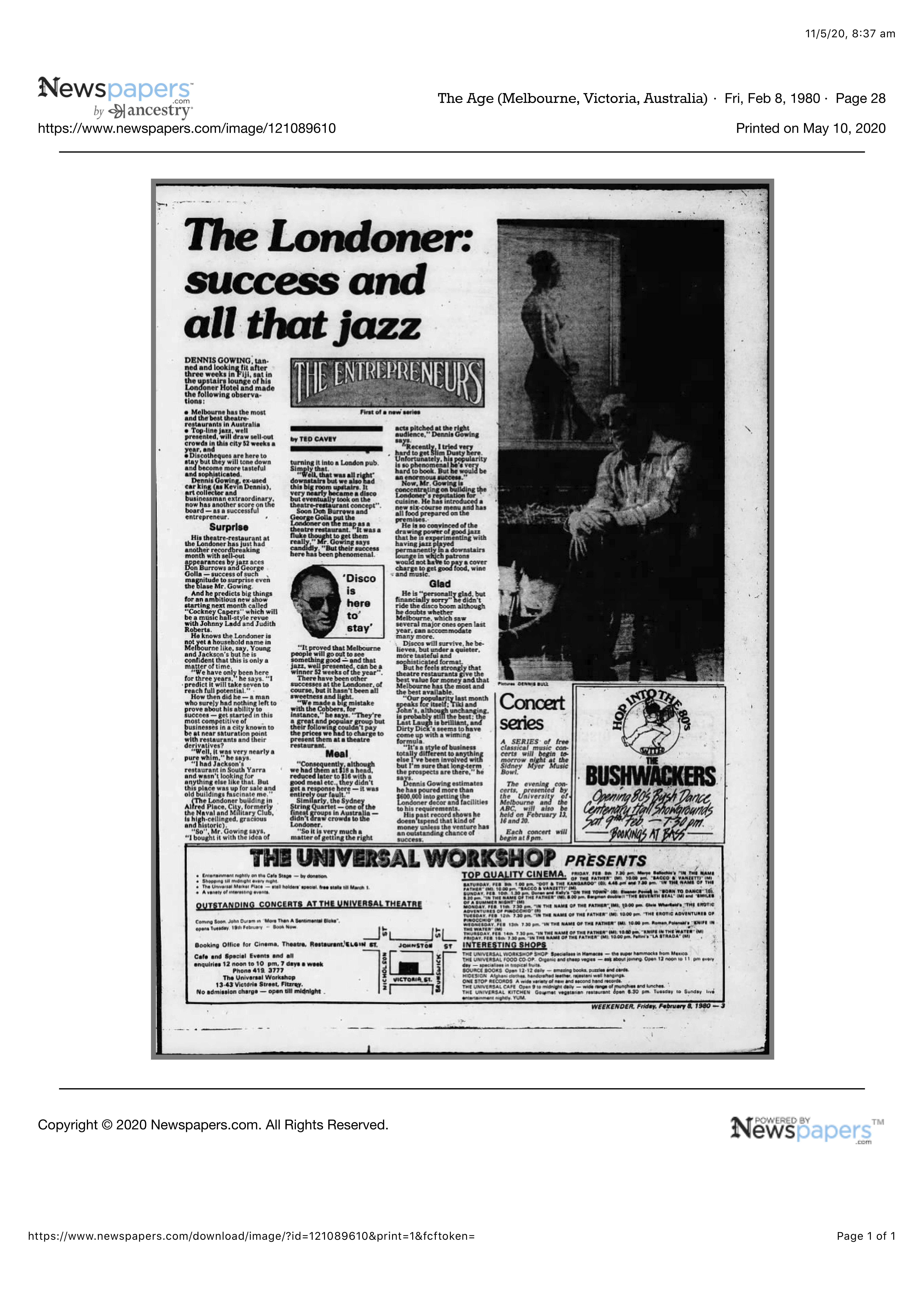 Dennis Gowing, a.k.a. Kevin Dennis, sponsor of one-time Channel 9 hit New Faces and multi-faceted entrepreneur. The Briton who rose from humble beginnings — he arrived in Australia in 1949 as a 10 pound migrant — to become one of Australia’s best-known identities, died in 1991 at the age of 62, but remains a daily inspiration to his only daughter.

An extract from Samantha’s book The Healing Feeling.

My father thoroughly his enjoyed life…. until he realized that it was causing his death. After his cancer diagnosis, he endeavoured giving up cigarettes, food, wine, women, fast cars, bars … and cigars! It was too late, and by the time he died in 1991, at the age of 62, nearly every cell in his body was consumed by cancer.

I was devastated. Nevertheless, I am grateful that my father’s premature death ignited my own deep interest in healthy living, healthy food and a concern about not only my own lifestyle but also about the one encouraged by the restaurant industry into which I was born.

After years of witnessing guests devour many a plate of fried fish with chips, it became increasingly obvious that what the palates of Melbourne were really hungering for was the comforting foods of their youth, which certainly did nothing for the linings of their arteries, nor their waistlines. Sadly, the preference lay not with Gowings Restaurant’s less processed, healthier signature dishes: Beluga caviar, Papillote of Whiting or the Venison Saddle with Bordeaux glaze.   Overcharred steak or anything that was sweet and/or salty, especially the beer-battered flathead and frozen, machine-cut potatoes– foods that were then fried in thick lashings of molecularly damaged oil – won hands down!

When my father was diagnosed with cancer, his doctor endeavoured to persuade him to reduce his consumption of smoked salmon and chargrilled fare. As he had not been given a logical reason as to why, he made little effort to do so.  Had he been aware that his illness was being exacerbated by benzpyrene, a carcinogen that is produced by the smoking and the chargrilling of foods and the overheating of oil, he may have been more vigilant. The Londoner – Disco is here to stay – Dennis Gowing

Update Your Party with KD The Age 1973

Epicure-Rita-Gowings is just the same