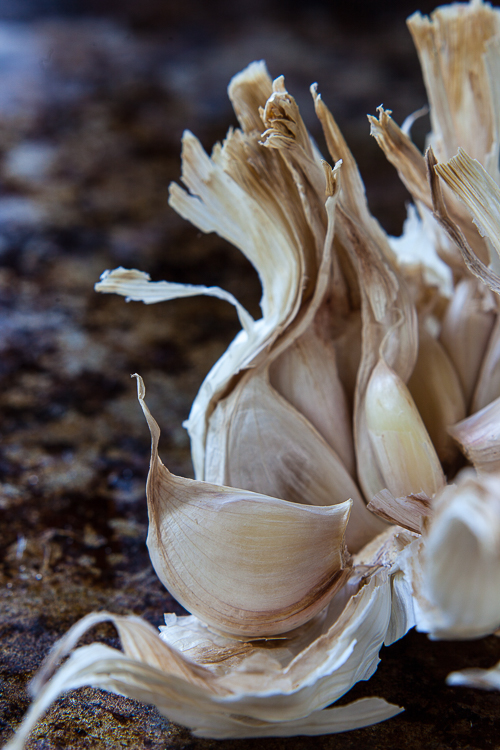 “The honest flavour of fresh garlic is something I can never have enough of.” – James Beard


The classic macabre tale of the sinister life of a Romanian Prince known as Count Dracula has frightened us for over a century.  His overall disdain for the pungent garlic clove, nocturnal search for haemoglobin and penchant for sleeping in a coffin, combined with his lack of reflection, have made him a very menacing creature indeed.

It is purported that vampires may have suffered from a rare disease known as “Porphyria”.  Symptoms of this illness may include sensitivity to sunlight, forcing them to only venture out at night.  In the most severe form their teeth and bones become fluorescent – they would shine a horrific shade of pink or red.  Such pallor and pasty complexion results from blood not being delivered to the red blood cells, supposedly instilling a deep yearning for blood. Even the smell of garlic causes Porphyria patients nausea and therefore worsens their condition. King George III was also said to have suffered from Porphyria, which poisons the immune system and can lead to mental disturbance.

In a catalytic chain of events, iron is chelated to produce heme.  It is then utilised into the oxygen-carrying proteins haemoglobin and myoglobin, and cytochrome molecules, which are essential for the continuous production of Adenosine Triphosphate.  Defects to the biosynthetic pathway of heme can cause metabolic diseases such as Porphyria, and decrease potential enzyme catalysis.  Porphyria can present with a combination of symptoms including gastrointestinal, psychiatric and neurological disorders.

Studies of garlic as a healing herb are profound, and there is conclusive evidence of garlic lowering the risk of heart disease, gastric and colon cancer and potentially hazardous cholesterol levels.  Whatever your bite, there is no doubt that garlic is an imperative addition to our daily diet. Perhaps The Count and his bleeding mates could have improved their wellbeing with a clove or two – all due respect to Transylvanian myth, of course!

The Stinking Rose
“No cook who has attained mastery over her craft ever apologises for the presence of garlic in her productions.”  Ruth Gottfried, The Questing Cook

Garlic (Allium sativum) is thought to be native to central Asia and is used prolifically throughout the culinary world.  Its history dates back over 5000 years to Sanskrit times and has always been revered for its medicinal actions by the Chinese.  The pungency of the bulb varies from the mild Elephant or Russian garlic, to the stronger, more common white knobs.

These pungent bulbs are members of the same family as the lily flower.  Garlic, leeks, onions, shallots and chives all marry well together or can be an independent flavour and enhancement to any dish.  When these aromatic vegetables are combined with chilli and ginger they provide the foundations for much of the cuisine of  South East Asia.

The active healing ingredient in garlic comes from its high antioxidative sulphuric compounds, which enter the bloodstream after digestion and are then released through the pores.  When garlic cloves are cut the antibacterial agent and pungent odour, allicin, is activated.  Allicin has the power to block carcinogens in food, inhibit blood cells from clotting, and prevent hardening of the arteries.  Its antibacterial properties assist in the fight against internal germ warfare, combating bacteria such as E. coli.

Garlic is considered Nature’s antibiotic, reducing the incidence of common colds, warming us up and helping to move energy throughout the body.  A garlic poultice applied topically to the inflamed area may help to alleviate arthritic pain.  Even our dogs will tolerate and benefit from garlic as a powerful antibacterial agent.

The healing properties of the Allium species are well documented throughout history. They have been embraced by both East and West for their culinary value and medical efficacy.  Although celebrated for their healing effects, it is wise to note that they are also powerful herbs and are strongly medicinal, thus they need to be used cautiously within the daily diet.

Garlic may also be used antibiotically as was done during World War II when doctors would prevent gangrene and toxic poisoning by applying a topical poultice of mashed garlic to the wound.

Thermal processing of garlic inhibits its healing powers, so daily consumption of a clove of raw garlic is recommended.  Raw garlic can be sliced paper thin and added to salads and steamed vegetables just before serving.  There are many garlic supplements available on the market, but why waste precious dollars for a manufactured tablet when the real thing is so abundantly available and the absolute backbone of our culinary world?

For the clove of it
A new twist on an old favourite – this healthy version will last up to a week in the refrigerator and is a perfect accompaniment to fish, lamb or fowl. Enjoy with grilled crusty bread or as a base for a great salad dressing. 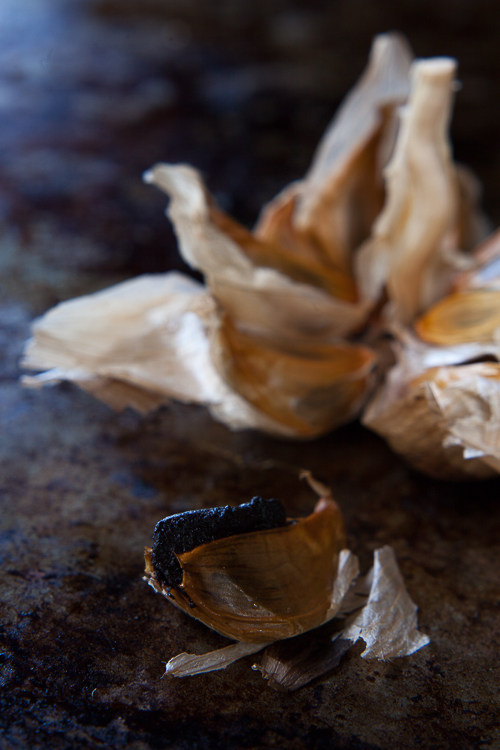