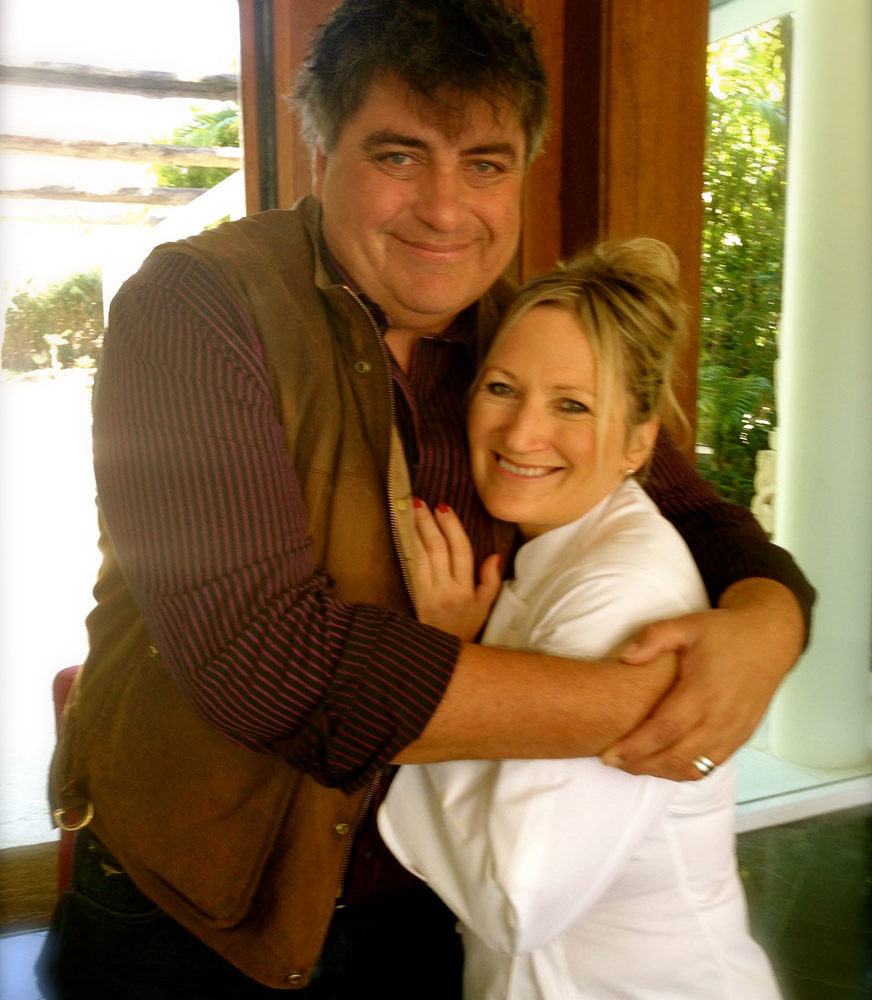 Before we hit ‘Peak Kale’, let’s pay homage to the dark green stuff. Long time friend Matt Preston and true believer in all I do came to visit me last year – and loved the citrus kale salad I prepared for him.

How to cook kale

Matt Preston reports. Source
Its versatile nature means you can enjoy this leafy green vegetable in raw salads or as hot, spicy chips.

Right now there is nothing more “in” than frills, flowing lace dresses, the colour aqua, ankle boots, sequins, coral lipstick and low ponytails. Well, nothing other than kale. While the catwalk world may be divided over what is the hottest trend for 2013, the kitchen world isn’t.

It’s all about kale – whether it be Russian, Tuscan or black, Jersey or curly.

High in fibre and low in calories, kale is credited with having high levels of iron, calcium, protein, vitamin C, vitamin A, carotenoids and flavonoids and antioxidant vitamin K, which some claim can protect against cancer and prevent blood clots.

Look for kale with firm, deeply coloured leaves and stems, and remember that the best way to preserve those health benefits is to serve it raw or cook it quickly.

Think about using kale anywhere you might use spinach or silverbeet. It goes great in your spanakopita or filo parcels with haloumi and feta, and why not use it in your Indian samosas, Malaysian curry puffs or for the sauce of your next saag gosht.

Chop it finely and you can add it to everything from soup and stews to pizzas, risottos and salads. Here are a few of my favourite ideas for using kale. 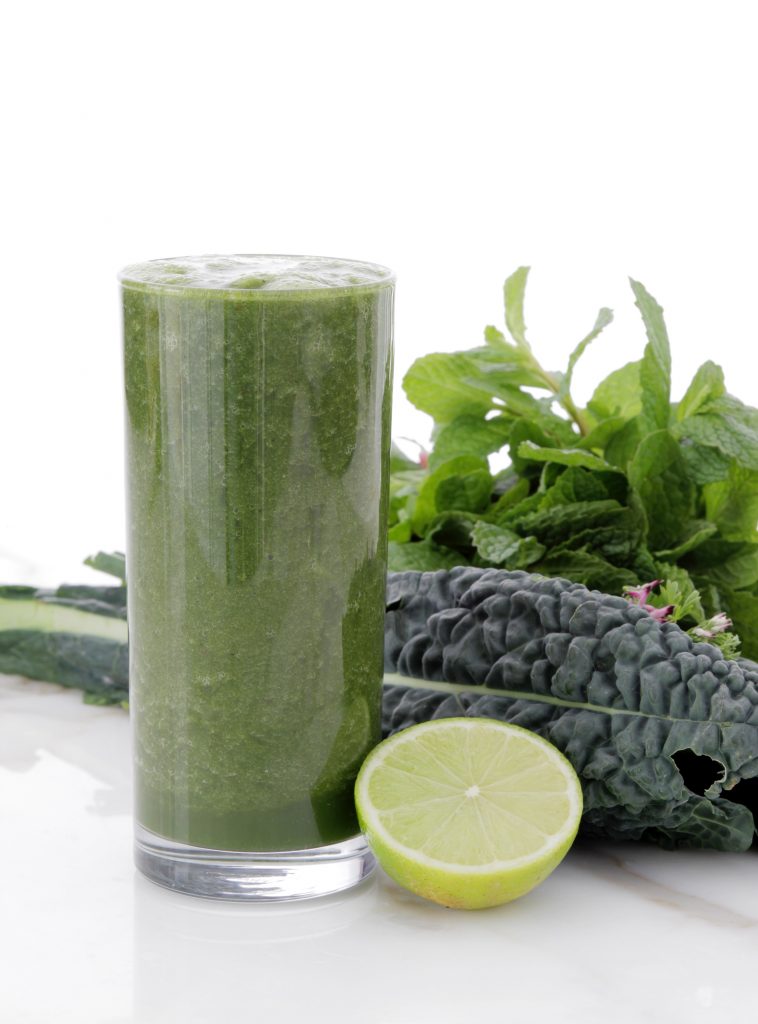 Kale adds texture and a sophisticated bitterness to your salads, so try it shredded raw – cut out the central, widest bit of the leaf’s rib first – with a simple salt, olive oil and vinegar dressing, and toasted pine nuts, raisins and perhaps, some feta.

Given the oxalates present in kale, it’s never a bad idea to serve it with calcium-rich foods such as dairy.

Recently I’ve taken to stirring a cup of thinly sliced kale in to my spelt, freekah and quinoa salad. I’m also adding nuts, such as peanuts or macadamias, and seeds such as sunflower or pepitas to add some crunch.

As kale is a cousin of the cabbage family, it’s also rather good added to a salad of finely shaved raw brussels sprouts with almonds, crispy pancetta and parmesan, based on the one the very clever Andy Bunn used to make at Cafe Sopra in Sydney. The parmesan and pancetta add saltiness to counteract the kale’s bitterness, but then if you add a vinaigrette made with lemon juice and dijon mustard then their acidity can lend a hand.

I like to use a neutral oil such as a little grapeseed as some olive oils can just add more bitterness to the dish.

The thought process here is very much “if it goes with spinach or silverbeet then it will go with kale”, so think of stir-frying shredded kale with garlic and lemon to serve alongside lamb, beef or meaty fish.

To lift things up add pine nuts and sultanas to that basic braise or throw in some extra garlic and a can of drained, washed chickpeas or cannellini beans – kale loves the creaminess of these two pulses.

As kale has a more robust flavour than spinach it can also handle bigger flavours, such as cooking down with currants, the juice of an orange and a good splash of balsamic vinegar. Perhaps fry with a cubed green apple and then splash in some balsamic and reduce in the pan. Garnish with walnuts and maybe some nuggets of blue cheese and sultanas.

Even sweeter is to throw the kale into a pan in which you’ve cooked some diced pancetta. Toss it in the rendered fat until it’s just-wilted, but still strong in colour, and throw in roast pumpkin and toasted pecans.

All of these kale dishes are great with pork.

Perhaps the easiest way to add kale to pasta is to turn it into pesto by blitzing a good handful of it with toasted, slivered almonds, a couple of cloves of garlic, a squeeze of lemon and about 100g of parmesan.

You can add pan-fried prawns for protein, but I never do. I’m more likely to add some chilli-spiked “pangrattato” breadcrumbs for crunch.

You could, of course, just cut out the blender and stir your spaghetti through pan-wilted kale cooked down with olive oil, lemon juice and garlic, but it isn’t as good – even if you do load it up with crunchy golden-toasted almonds and a blizzard of finely grated parmesan.

Or even dump the parmesan in favour of feta and some plump little raisins.

In fact, pretty much any of the pan-wilted options, above, can be thrown in with a good robust artisan pasta such as orecchiette for a decent feed.

Just make sure that any pasta served with kale is cooked in well-salted water.

If you want to make more of a meal of braised kale, try cooking it up with mushrooms, garlic and a little orange zest to serve on polenta or put a spin on South Carolina chef Sean Brock’s signature shrimp and grits dish by tossing kale into the tomato sauce in which the prawns are cooking.

Otherwise, throw kale and chopped garlic in with fried, sliced chorizo. Cook in the rendered fat of the chorizo to soften and then add a drained can of chickpeas and some chopped tomatoes. Cook these down to form a sauce. A squeeze of lemon or a splash of sherry vinegar will add a nice little bite. This is great on brown rice or polenta in lieu of grits (which you are highly unlikely to find unless you are reading this on the internet in Charleston, South Carolina).

Tuscans are known as the “bean eaters” due to their love of legumes, so it’s no wonder that Tuscan kale loves them, too. Try it stirred through your next batch of “minestrone”.

For me, it is also essential when you make that other great Italian soup loaded with tomato and beans, ribollita. You’ll find 36 recipes for minestrone and four recipes for ribollita.

The following is probably one of my favourite ways of eating kale. Basically, you cut out the stem and cut the kale into 5cm lengths. Then toss it in oil, salt and black pepper, and lay it on baking tray lined with baking paper.You can add minced garlic to the oil if you wish.

Cook in a preheated 175C (155C fan-forced) oven for about 15 minutes or until the kale leaves feel “crackly”.

Eat hot, sprinkled with flaked chilli, red wine vinegar or gomashio – this is a very trendy mix of salt, dried seaweed and unhulled black or brown sesame seeds that’s easy to make at home (buy the ingredients at a health food shop or a Japanese grocery).

Matt Preston writes for the taste section, available every Tuesday in The Courier Mail,The Daily Telegraph, and Herald Sun, every Wednesday in The Advertiser and in Perth’s Sunday Times.

Information in this article is correct as of 17 September 2013.