King Snapper is also known as red emperor, emperor red snapper, emperor snapper, government bream, queenfish or red kelp, is a species of marine ray-finned fish, a snapper belonging to the family Lutjanidae. It is native to the Indian Ocean and the western Pacific Ocean. 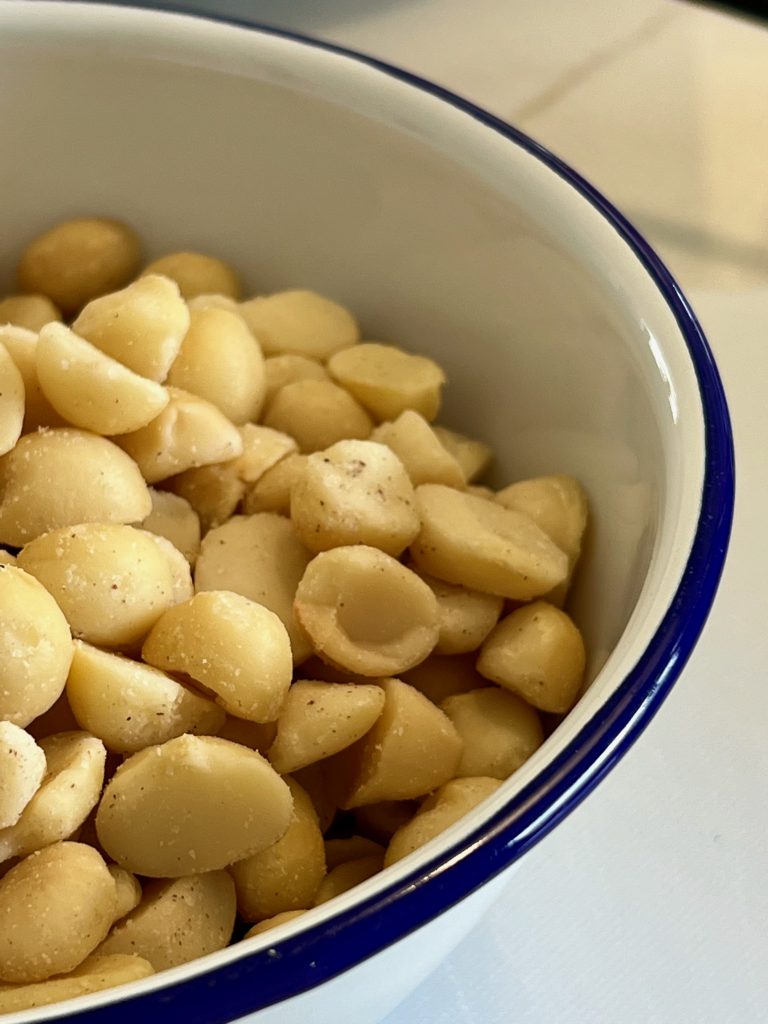 Macadamia nuts are native to Australia, the macadamia tree is an Indigenous Australian rainforest tree which grows along the eastern coast of New South Wales and Queensland. Approximately 60 million years ago the first macadamia tree evolved in the north east coast. From Port Macquarie to the Atherton Tablelands in the north, half the crop is grown in New South Wales and the other half in Queensland.

Cobia with seaweed and miso butter