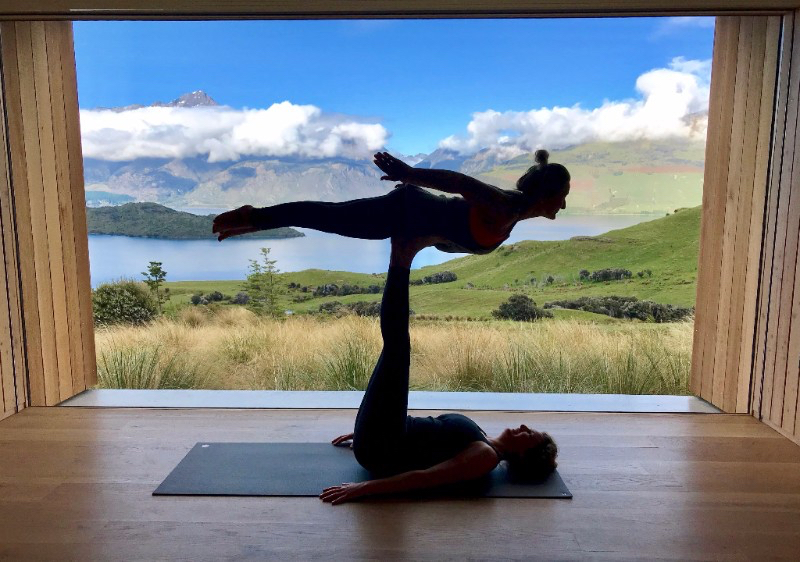 An excerpt from my book The Healing Feeling first published 2012.

My voyage across the nourishing waters toward the healing arts began when I was a teenager. I broke my leg riding my little green motor scooter on a crisp autumn Melbourne morning. I don’t really remember how the accident happened, but clearly I was in the wrong place at the wrong time. Or was I? Everything happens for a reason and the memory of the impact is deliberately dim. I blacked out but then I saw the light.

My recollection of this is as clear now as it was the day it happened more than twenty- five years ago. I was floating and it felt as though I was being drawn to a higher, extraordinarily serene place that was calm and filled with light. There was no struggle just clarity, an understanding and acceptance. I knew my physical body was on the ground and the body that carried me was part of that physical body but it also had a life of its own – effortless. As I was been drawn into the lighter place I had a sense that it was not the right time for me to leave my physical body – I hadn’t said goodbye to anyone. I thought of my father and how much I would miss him.

As thoughts slowly gathered of my friends and family, I felt a shift in my energy and I began to descend from the place I had been. I felt myself move downwards and I became hyper aware of the force of gravity pulling at me. I could see my body sprawled on the ground and I had the sense of onlookers gathering around me then suddenly, with what seemed like a great thud, I was on the ground and filling out my physical body with the part that felt as though it had been floating. I slid into my body as if I was putting on an old pair of boots and all seemed ok, that is until I heard the siren of the ambulance and almost instantaneously I felt pain.

Scars and bumps galore, I was lucky to be alive. I was nineteen.

Quickly I realised all was not well. I opened my eyes to see a posse of personal trainers from a nearby gym staring down at me. Naturally I thought I had died and gone to heaven until a paramedic peered through the crowd and then I knew it was kind of heaven on earth except this one hurt like hell. The paramedics carted me off to the Alfred Hospital in Melbourne after asking me to wiggle my toes – phew – and I recall giggling all the way from South Melbourne with them.

When I was wheeled into casualty the attending nurse screamed at the sight of me and jeered away. Clearly things were still not good. She composed herself and returned swiftly – and then I recognised her face. She was a girl I went to boarding school with and was probably in more shock than I was. Lucky for me I was able to whine and carry on a bit, begging for more of that surreal morphine that danced so gracefully through my entire being earlier. I was euphoric and felt blessed to have friends in high places. Or maybe that was just me in the high place.

The next few days were a bit of a blur – intensive care has that effect – and it hurt a lot. I had patches of memory; immediate family, best friends around me and my father sobbing at my side, in his suit with his tie askew- a sign he’d had too many drinks in his restaurant. Slowly I understood what had happened. I had snapped my right femur and managed a rather nasty compound fracture to my right tibia or shinbone. I’d also fractured my left radius and given my nose a good whack. Scars and bumps galore, I was lucky to be alive. I was nineteen.

Six weeks in traction at the Alfred Hospital consisting of four-hourly intravenous pethidine administration accompanied by an anti-nausea shot. The “Jolly Lolly Trolley” – as the wonderful nurses of Ward 4D called it – would wheel in and whack me up. My tummy and bum bruised by the pin cushioning of those hideous needles. As weeks passed I found myself craving the needle more than the drug itself – go figure. Drug dependency in hospital is an interesting journey and so was astro-travelling around the ward at night.

You see, I was pinned to the bed in traction, held down by heavily weighted water bottles at the end of the bed to keep the broken bones of my right leg in one place so they could knit and heal. The fractures were so bad that I had a K-Rod inserted through the head of my femur diagonally down to the end of the shaft of my long bone. In addition, a plate with eight screws was inserted to hold the compound fracture of my tibia together which was so badly broken that the operating orthopedic surgeon had to laterally rotate my lower leg dramatically to one side so my bones could heal. This has left me with my right leg a few centimeters shorter – give or take the weather.
The pethidine doses diminished and soon I had two new friends I could depend on. I called them Vera Valium and Katie Codeine forte who dropped in every four hours. My mental state was somewhat synthetic and while the pain continued I was in a semi-state of acceptance and became quite accustomed to lying in bed all day watching TV and resting.

As time passed I was encouraged to begin the long and arduous road of physiotherapy. “Yeoucharooni” I cried. ! My poor right leg had atrophied beyond recognition and worse still I could not move a muscle. I tried so hard to wiggle a toe and raise a foot but to no avail. Somehow during those frustrating final days in hospital I managed to get up and out of my horizontal home to be bathed and clumsily move from walking frame to crutches, stumbling like a disabled newborn calf.

Yoga found me about ten years after the injuries. In the beginning I could not even kneel. The scar tissue so entrenched that I had a limited range of motion. Back bends were a fantasy and seated twists nearly impossible. Slowly but surely I persisted with a practice, guided by a wonderful teacher in Fitzroy named Paul Wooden at his Gertrude Street Yoga Centre. I soon joined the daily dawn classes and within a year I was amazed how my body responded to the movement and the breathing techniques. It is over fifteen years since I began my practice and I went onto teach yoga and Pilates for eight years. No student is too inflexible.

Yoga is a journey and not a destination – and I am truly grateful for my connection to the sacred Sanskrit spiritual path.

The Healing Feeling by Samantha Gowing