Samantha Gowing was 20 years old when her father’s horse won the Melbourne Cup. His hand gripping hers, she watched as What A Nuisance came hurtling over the finish line – and even, later on, meeting the Prince and Princess of Wales could not compete with that entrancing moment.

This was the Before part of Sam’s life. As an even younger child she would fall asleep over chocolate souffles in her father’s restaurant, 2am and the air thick with smoke from his cognac-accompanying cigarettes at shift’s end. A self-educated man, Dennis Gowing went from the car trade into stud farms, race horses, art collections and eventually Jackson’s restaurant in Toorak via a stint as a television personality; he became restaurateur, according to Sam, ‘by default and by discernment’. It was almost inevitable that Sam and her brothers would carry on the tradition though, in Sam’s case, not before a Fine Arts degree she never completed, a kimono-wearing period as maitre d’ in a Japanese restaurant (she had been studying Japanese since she was nine); a motorbike accident putting an end to that; her own catering business with friends.

The accident led her toward yoga and Pilates (a foretelling, perhaps), though when her father became ill she was, to use her expression, ‘recruited back into the fold’. By now it was Gowings in East Melbourne, a fine-dining, two-and-a-half-hatted establishment doing 85 covers a night. Sam, loving it, threw herself into it with vigour until the late 80s, when Fine Dining was suddenly what people no longer wanted – or could afford. This was the era when pubs transformed their dining spaces into fashionable bistros serving up ‘contemporary Australian cuisine’ (Caesar salads, salt and pepper squid, pumpkin and fetta combinations), and the Grace Darling Hotel Sam’s family acquired was one of the forerunners. At the tender age of 24 there she was a publican – and for the ensuing seven years she and her brother ran this bluestone hotel built in 1854, steering it into a multi-faceted dining emporium complete with acoustic venue where the likes of The Waifs, Linda and Vika Bull and Stephen Cummings were launched. Some of her father’s glorious art collection – Clifton Pugh, Tim Storrier – hung from the walls. Those were the hard-living hard-drinking days of parties and wine launches, a 3am licence and unprecedented outside dining, pizzas at midnight, coffee and cigarettes for breakfast

Seeing Sam now – the After period – I find it hard to imagine. Small and blonde and glowing, this is a woman whose degree in Nutritional Health Science has turned her into a culinary nutritionist; a yoga and Pilates instructor; a teacher of Japanese cooking; a campaigner  for organics well before became the word became fashionable. She works at Gwinganna and takes people on wellness retreats to Sri Lanka; she is up at 5am, steaming broccoli with tamari and ginger for breakfast. Having moved to Byron Bay for her ‘physical and spiritual health’, she still commutes to Melbourne where she does cooking demonstrations at the Prahran markets and consults as nutritionist at the Grand Hyatt. With half a lifetime of food, hospitality and charm in her blood, she has managed to transform the passion and the instinct for all into a way to help others eat better and feel better – and I have the sense she has only just begun. 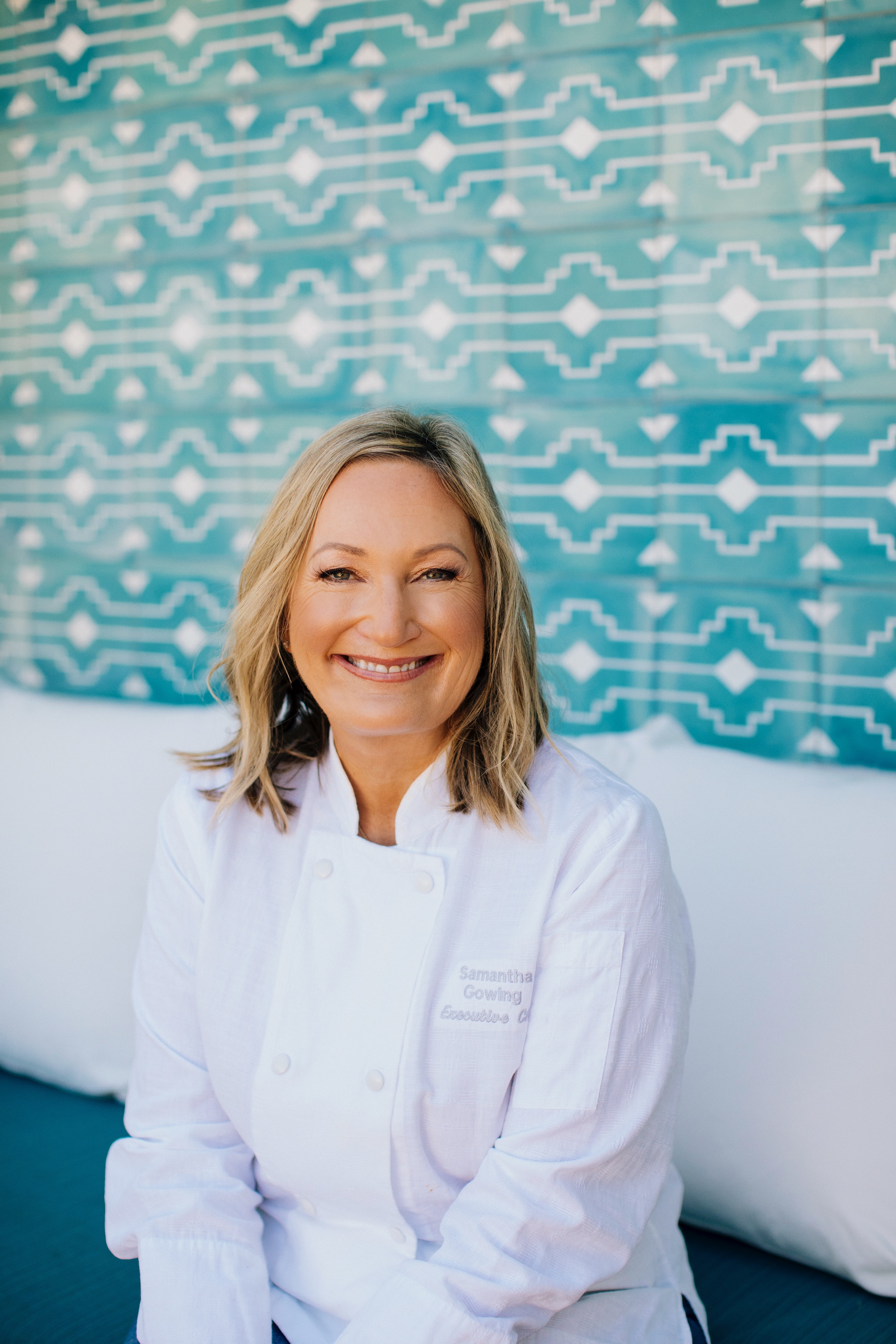 Our executive events and online learning programs are world class and locally at Byron Bay Cooking School we teach food as medicine in our individually tailored workshops and corporate events.

Sign up to receive the exclusive 3AW listener 20% off discount on Black Betty Bam twin pack!

Your unique 20% off coupon code is landing in your inbox soon for use on your next purchase.

* offer valid for all customers and includes shipping. This coupon code can’t be used in conjunction with any other offer.
** check your junk folder and be sure to add betty to your address book.